Three types of joints that can prevent concrete slab cracking

Three types of joints that can prevent concrete slab cracking

Whether due to significant changes in temperature or humidity, concrete shrinkage or the application of heavy loads, concrete slabs can be subject to variations in length and volume. Depending on the extent of these modifications, cracks may appear.

However, there are ways to prevent the formation of these random cracks. Indeed, cracking can be avoided by introducing joints at the right spots.

Discover 3 types of joints that can be made in concrete slabs, each with a specific function.

Shrinkage joints are known by many other names. They are often referred to as control joints, failure joints and even contraction joints. All these terms refer to a type of joint that is used to relieve the internal stresses that can result from drying the concrete slab or from thermal movements inside it.

Since shrinkage joints allow for horizontal movement of a concrete slab, they can prevent the development of uncontrolled random cracks. However, to be effective, they must be arranged specifically, i.e. spaced a maximum of 25 times the thickness of the slab in a grid of at most 4.5 m between the axes.

Also called expansion joints, uncoupling joints allow horizontal and vertical differential movements of parts of a concrete slab or floor that are adjacent to a specific structure.

This type of joint is therefore particularly useful around sump heads, columns and machinery bases. They are also commonly found all the way down the slab, along the foundation walls, which allows them to move without causing cracking. Generally, the uncoupling joints are filled with a compressible material that improves the level of insulation without hindering movement.

Construction joints are normally made on a concrete slab during a prolonged stop of the concreting process. Normally, they must follow the pattern of the shrinkage or uncoupling joints in order to preserve the aesthetics that had been planned for the structure.

Depending on the size of the concrete slab and its use, steel bars called dowels can be inserted into it to allow for load transfer. These studs therefore absorb a large part of the shear forces while allowing horizontal movements. This allows the concrete to move more freely, eliminating the appearance of random cracks.

If cracks appear in a concrete slab despite the joints

Many cracks in concrete slabs can therefore be avoided by these three types of joints. However, despite the addition of joints, a slab may still crack and make your building vulnerable to moisture and water infiltration.

If you notice cracks on your foundation or concrete slab, don’t take any chances and contact Foundation Crack Expert Group immediately. Our team can carry out a thorough inspection of your foundations and offer you quick solutions if the situation requires it.

What you can read next

How to Properly Repair a Crack in a Concrete Pool 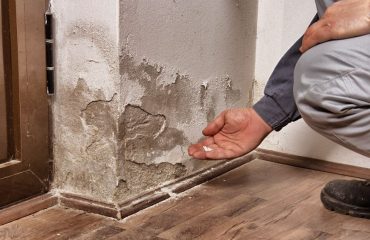 Saltpeter on your exterior walls? How to overcome it?